Close to 200 immigrants from 32 countries around the globe became Canadian citizens in Charlottetown, Prince Edward Island. They all had one thing in common; a desire to make Canada their new home. Fatima-Zahra Zouhairi was being sworn in as a citizen, and her Grade 3 class from Ecole Francois Buote came to watch. Zouhairi said, “This year we do citizenship in the social studies, so I just thought it’s the best way to introduce them to being a Canadian citizen.” If you are interested in becoming a Canadian citizen, contact Canadian Visa Expert. The team of immigration professionals will walk you through the visa application process.

Coming to Canada from The Philippines, Teresa Canada and her ten-year-old son received applause as their last name was read. Her son said it was such a coincidence having the same name as their new country. She said this has been a once in a lifetime experience and will never be forgotten. Contact Canadian Visa Expert for the options to receive the visa required to live and work in Canada. 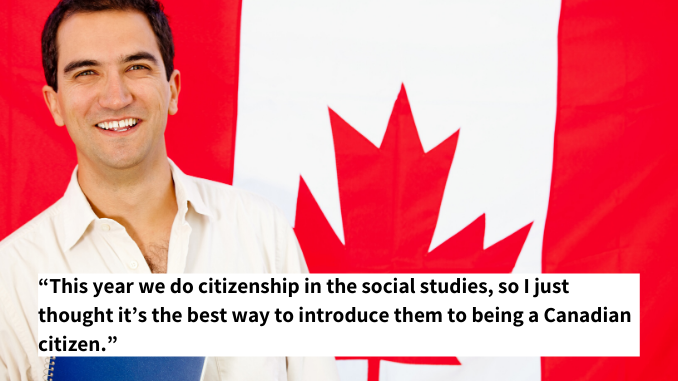