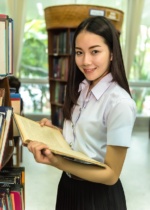 Europe and the United States have an increasing anti-immigrant attitude, but Canada stands strong on multiculturalism, and that feeling is expected to continue to grow in coming years. Statistics Canada reported that by 2036, almost one in two Canadians could be an immigrant or a child of an immigrant.

The ratio of immigrants could be doubled from the numbers in 1871 when the first census in Canada was conducted. Canadian Visa Expert is a private company that can help you take your first step in the immigration process. Contact them today for more information.

Canada’s metropolitan areas of Toronto, Montreal, and Vancouver will be home to the majority of the newcomers. By 2036, over one-third of the working age population will belong to a minority group. The amount of Canadians who are non-Christian could be doubled by 2036 with Muslim, Sikh, and Hindu religions having the most growth due to the immigrants.

Living in a multicultural country has many benefits. Consider contacting Canadian Visa Expert for information on the process.